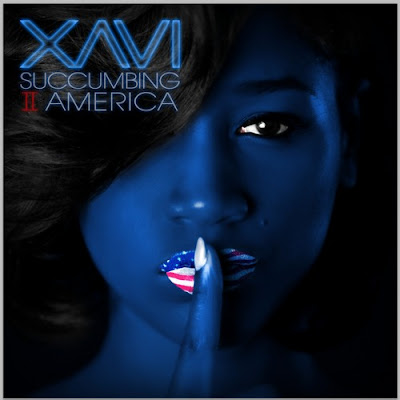 It's always exciting when I get new artists music in my inbox and this new one comes from Chicago suburban girl Xavi (pron. Zah.Vee.Air.Ah)

Xavi is obviously not a new name to the music industry, but a new name to me. Making her brief debut in summer 2007 as an intern for Interscope Record.

In 2008, she became a full time player for the promo department upon her return from music school. She never spoke of her musical abilities, but excelled as a business natural from IGA to studio coordinator for Universal Mastering Studio. For three years she networked and soaked up the truth of the industry until her separation from Universal Music Group in 2010. Knowing something greater was in the works for her, she sought out avenues where she could use her skills as a trained recording engineer to maintain her connection to her new home in Los Angeles.


Xavi teamed up with producer - Dwayne "Dem Jointz" Abernathy, as his assistant engineer and since then has been working on demo songs for R&B artists - Kelly Price, Beyoncé, Mary J. Blige, Ciara, Keyshia Cole, SWV, Keke Wyatt and much more. The songs never made an impression on the female artists and Xavi realized that she had a unique talent and sound.

Listen to the brand new mixtape from Xavi below, she's definitely talented and I look forward to the world getting to know her better!