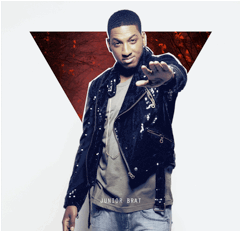 One of the UK's highly rated emcees - Junior Brat drops the visuals to "Hell's Empty" - his most spine-numbling video yet.

Junior Brat has already supported Hip-Hop's finest Rick Ross and Lloyd Banks on tour as well alongside So Solid and he was even mentored by So Solid's very own - Megaman.

The South Londoner spoke on his latest release saying:
"It's a must that people know of the dangers that are out there, wherever you are born both gun and knife crime is common, so I wanted to put that in everyone's faces and make them aware of the dangers... The idea of hell being on earth was actually an idea originally inspired by William Shakespeare."