Mariah Carey Stops by The Breakfast Club (and brings her own lighting!) + New Video ‘You're Mine (Eternal)’ 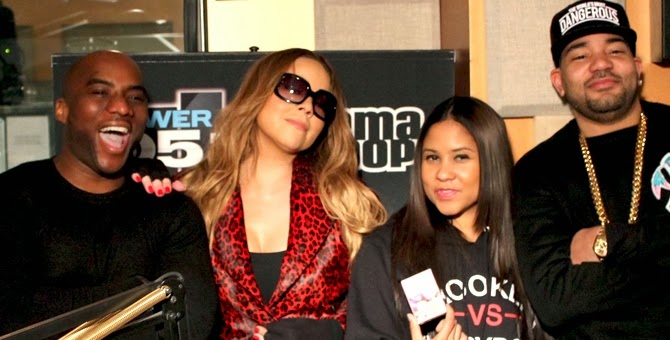 The don diva that she is - Mariah Carey stopped by the legendary Breakfast Club and made her appearance known. Yes! As the blog post title says Mariah Carey bought her own lighting, and that was one of the many things she bought to the show as well. Carey-Cannon bought her own champagne, sweets & chocolate, her whole team and a very funny personality, and also Jermaine Dupri to accompany her as she commenced the interview with DJ Envy, Angela Yee and Charlamagne Tha God; to promote her new single ‘You're Mine (Eternal)’.

In this interview where she is seen drinking "splash" (champagne) out of a paper coffee cup with The Breakfast Club crew - Carey sheds light on her experience as a judge on American Idol, additionally talking about her husband - Nick Cannon, 'Dem Babies', Ariana Grande comparisons and her new music, and forthcoming album to say the least. And it seems as if Mariah Carey has a new song in the works - a bit more filthier and grungy from her than what we're normally used to.

Trey Songz who appears in Mariah's new video to ‘You're Mine (Eternal)’ seen below, and also features on the remix to the song called into the show to talk about working with Mariah Carey. 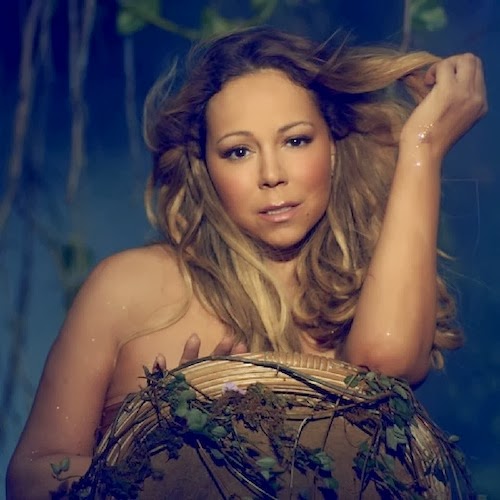 ‘You're Mine (Eternal)’ is the new single off Mariah Carey's forthcoming album out May 6, and is the first album from her in five years. Covered in gold glitter, MC gives it to us in such a moderate yet sexy way, Mariah Carey is seen singing at El Yungue National Rain Forest in the video directed by Indrani in Puerto Rico, whilst Trey Songz scenes were shot in New York.

The remix video premieres on BET's 106&Park on Valentine's Day. Watch ‘You're Mine (Eternal)’ below!