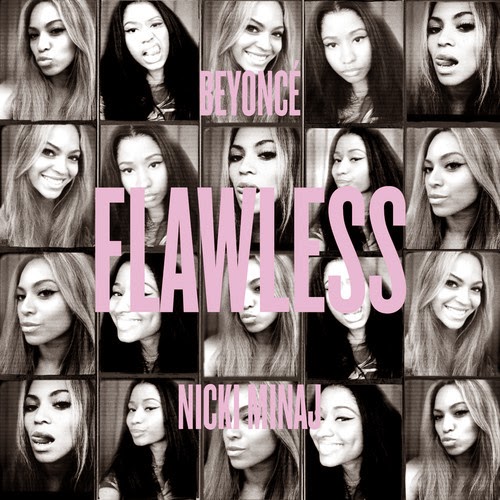 "Of course sometimes shit goes down when there's a billion dollars on an elevator!" Ooh, bloop! Beyoncé went there!

Putting the rumours to rest, Beyoncé and Nicki Minaj have finally revealed what they've been working on together for a minute now. Rumours had been brewing for weeks prior to the release of the ‘Flawless’ remix, that Beyoncé and Nicki had a collaboration in the works, which they unveiled this past Saturday evening via Instagram.

The original version of ‘Flawless’ appears on Beyoncé's self-titled visual album released back in December. In the remix Beyoncé addresses the Solange and Jay Z incident that happened in the elevators back in May of this year (watch here), and even laughs about it.

As she switches up the lyrics and her flow on the song Nicki Minaj comes in with a gritty verse where she references her verse on Kanye West's ‘Monster’ from a couple years back.

Listen to the ‘Flawless’ remix below. I wonder if there's a whole new song in the works?