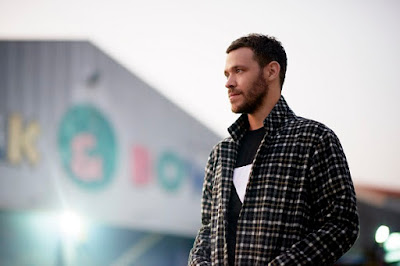 Will Young releases a new video for brand new single ‘Thank You’ to be release through Island Records on July 24th, 2015. ‘Thank You’ is the second single to be taken from Will's critically acclaimed new album ‘85% Proof’, which went straight in at number one on the UK official album charts this month, his fourth number one album.

Will Young has also confirmed a UK nationwide tour to take place during October and November 2015. ‘The Love Revolution Tour’, Will's first tour in four years, starts in York on 29th October and runs across the UK & Ireland finishing in London at the Hammersmith Apollo on 29th November.

Shot in Porchester Baths in London, the video for ‘Thank You’ is a stunningly choreographed and captivating visual showcasing the emotive and honest nature of the track, and you can check it out just below as well as the full tour dates.

Tickets available at http://www.livenation.co.uk/artist/will-young-tickets and at all local box offices Ireland - http://www.ticketmaster.ie/promo/ttad8k