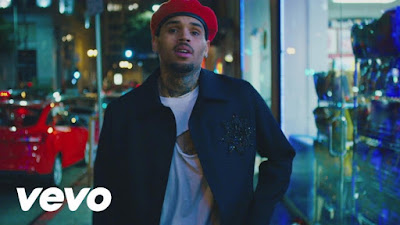 Chris Brown is expected to release his new studio album ‘Royalty’, named after his daughter on December 18th.

Breezy has already unveiled three songs off the album ‘Liquor’, ‘Zero’ and ‘Back to Sleep’ and has now added ‘Fine By Me’ a pre-order single off the album to the list.

Less than 24 hours after the audio release of ‘Fine By Me’, Chris Brown dropped the visuals to the track this morning. The action-packed music video is full of movement, and showcases Chris' amazing footwork and also him incorporating some martial art skills in the mysterious clip below.

The trilogy of music videos that Chris Brown has released so far, leaves us questioning; if his new album will also have a visual version? We can only hope so...

‘Royalty’ is Chris Brown's seventh studio album and is scheduled to be released December 18th. It's available for pre-order via iTunes.