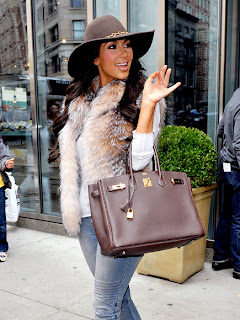 So Earlier on today, Kim Kardashian visited the Ryan Seacrest radio show alongside her older sister and aired her new track "JAM", produced by The Dream (Jheez Louise). But yeah anyways, rumour has it that she is releasing a new album this year :-\ KIM, GO SIT IN THE CORNER YEAH! To me, she just wants to do everything... and I mean E V E R Y T H I N G ! This is some terrible singing lol, and to me it's for the shower - yeah, just sing at home Kimmy. Can you imagine if one song sounds like this.. CAN YOU IMAGINE THE WHOLE ALBUM?!!! - In fact, lemme not even imagine.. cos that would be, hmm.. lemme see A DISASTER MAYBE?
I wrote on my facebook: "Nowadays music is not about talent.. CLEARLY! just a pretty face and a hot body.. LITERALLY!" AM I LYING? this is a perfect example of what I'm talking about.


Anywho enough of my jibbar-jabbar.. check it out below.

The video of this hideous song premiers on Sunday evening (early hours of monday morning for us british) and it has been directed by the one and only Hype Williams, smh.. I just can't go on.
Posted by Mobolaji
Email ThisBlogThis!Share to TwitterShare to FacebookShare to Pinterest
Labels: Hype Williams, Kim Kardashian, New Music, Reality TV, Reality TV Stars, The Dream