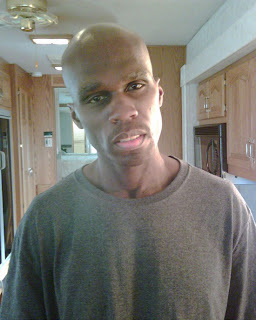 Who Remembers when 50 Cent released that not so nice picture of him looking really really skinny (yeah that one above).. well it was for a film, which he said. And now the films trailer is finally here, well the "unofficial trailer". The film is called Things Fall Apart and I am soo excited to watch it. 50 cent not only stars as the main role he also wrote the script, financed it and his own production company is releasing it. The film is based on a real life story and I must say I shed a tear and the film's not even out yet lol. In an interview mid last year 50 cent said:

"It was inspired by the lost of my friend growing up. One of my best friends that lived across the street from me. He actually died of cancer and that’s what inspired me to write the screenplay.There is no way to portray the experience of losing someone that close to you outside of you investing yourself in the project for real. I kind of went through this thing where I was trying to emulate what he looked like to me at that point and that’s what helped me to continue to lose the weight."


Peep the trailer below:

Posted by Mobolaji
Email ThisBlogThis!Share to TwitterShare to FacebookShare to Pinterest
Labels: 50 Cent