Amina Bryant: Announces New EP for 2013 and Releases New Single - "On My Own" 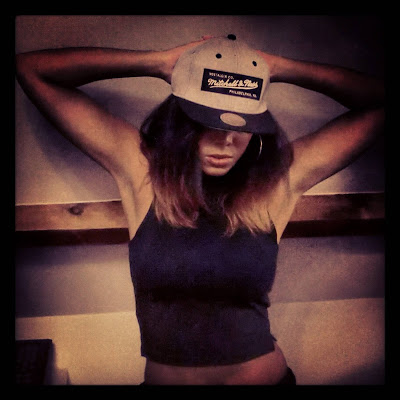 South London, R&B singer/songwriter - Amina Bryant is set to release her most anticipated EP "Black Cinderella" in 2013. Over the past 18 months, the young singer has made a name for herself by releasing songs such as 'Jimmy' a motown inspired funk song featuring Harlem rapper - Jim Jones, 'Losing My Faith' and an upbeat summer dancehall jam 'Why You Do That?'.

Bryant is set to release some more music for us through her EP and through other little ventures - after this EP I'm sure she'll be on a lot of features - especially in the UK! Along with a growing fan base which she already has, Bryant is also ready to and excited to share another side to her electric sound. Hopefully a lot of her influences (Motown, Reggae, and R&B, Pop, Jungle, Hip Hop, Bashment and Soul) will be infused in the new EP.

“I've put out lots of single tracks and I think it was time to put out a body of work for the
fans and this E.P just grew into that. "On My Own" was the first track me and WhiZz K!D
made which inspired the E.P.”

Amina Bryant has received a huge amount of support over the past year from major radio stations such as BBC Radio 1XTRA for her debut single 'Jimmy'.

Her first single off her debut EP - 'On My Own' was produced by hit maker WhiZz K!D, Amina says; 'The song centres around making the tough decision to leave the guy your with, not for someone else but to be 'On Your Own'. Unlike previous songs this one is slightly confessional and suggests fault on the female side "And if you keep forgiving me, I let you down eventually"...'