T.I.: Covers Rolling Out Magazine 'True Story Of A Southern King' & Stops By The Breakfast Club 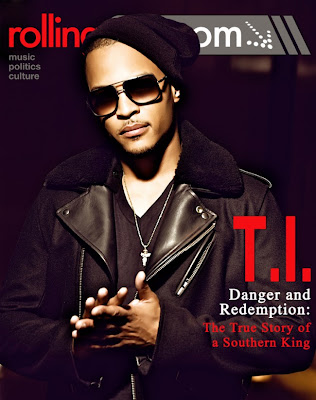 King of the South T.I. strikes a pose for the digital magazine Rolling Out magazine. T.I. spoke to the magazine about many things including his new album: 'Trouble Man: Heavy is The Head' the sequel as well as his wife, Tameka 'Tiny' Harris.

With this, he also stopped by the Breakfast Club in New York City, where he performed at their second year anniversary party. He attended the party with his wife Tiny and friends LaLa Anthony, Tamar Braxton, Malaysia Pargo, Busta Rhymes and more.

Check out BOTH interviews after the JUMP below!!


With Trouble Man, it seems as if you took time to make a well-rounded project. When did you begin creating this album?
The [concept] of this album actually started when I was in prison. It was me being able to be to myself. I was put in solitary confinement. I did a lot of reading and writing. I did a lot of thinking. I realized a lot of things that could be changed personally and professionally.


Were there times when music wasn’t the biggest concern?
There was a point when I lost the passion for music. It was after the King album when I lost my best friend, Philant [Johnson]. It’s something else when you have someone die who you have known since 6 years old. Psychologically, it messed me up. I shut everything off. I found myself mourning and I didn’t appreciate all that I was given.


The prison sentence also had a major affect as well, correct?
When I went to prison in 2009, I had so much resentment for the system. When you’re in a certain element, you can exercise certain strengths. But when you place me in a jungle and it’s all about survival, I’m going to have to posture myself in a way I’m fit to survive. By the time I came out of prison, my mind-set was different from when I went in. Prison did me no good. But personally, I regressed completely.


There are several skits on the new album that are framed around moments when you got in trouble with the law. Through one skit, you addressed the arrest that occurred when you attempted to buy guns. When the police surrounded your car that day, what went through your mind at that moment?
It’s the first time I had a chance to actually say something. A part of the plea deal was that I couldn’t speak on anything that happened prior. But when the police came up that day, I was like, “who are they here for?” After speaking with them I figured they had bad information. But after sitting back, I realized that I removed myself from the idea that I was a felon and I couldn’t be around guns at all. The dude involved, he played the game wrong for a few thousand dollars. But at the end of the day, I’m a stronger man and a better man. I now know things that will keep me from making the same mistake twice.


In certain neighborhoods, do you think that more respect is given to those who went to jail when compared to others who went to college?
That’s a misconception. I think white folks put that out there because they want us to feed off that. I grew up in Bankhead, been around Campbellton Road, Simpson Road, West End and every ghetto in Atlanta. And I never thought it was cooler to go to jail than to go to college. I knew college wasn’t for me, but I knew jail wasn’t for me, either. If you give me the option between jail and college, I’m taking college. They have women in college, ain’t no women in jail. I’ve never thought that. And no one I ever spoke to said, ”Man, something in me wants to see what it’s like to go to jail.” On the other hand, we knew that we were doing things that could land us in jail. But we never thought it was cool. That’s a misconception. If you’re a teenager, or whatever, don’t believe that going to jail is cool. I’ve been in there with people who are doing 20-year bids and life sentences. Those folks never feel like it was cool. 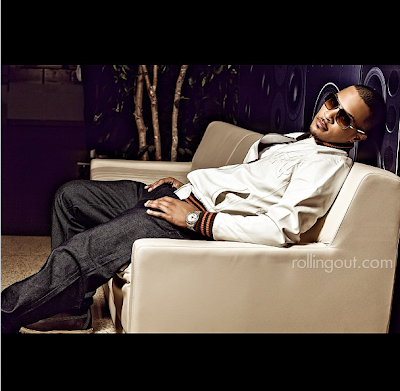 We’ve all had a chance to see you mature over the years. But how do you deal with the fans who are more skeptical of the music because of the personal growth?
I don’t deal with it all; I’m just me. I’m the same me, but I have more knowledge, growth and development that came with the adversities I went through. I’m still me. I still stand on the same morals, same standards, and same principles. I still hit back when I’m hit. I just know [there’s] a time and place for everything. Certain environments are more appropriate for certain actions. I’ve just learned to recognize that more.


But you have reached a level where you can do things that the 17-year-old Tip couldn’t imagine doing. If you wanted to, right now, you could get a suite at the Waldorf Astoria and eat, drink whatever you desire. With so much success, how do you remain hungry when it comes to making music?
I can do that today. I can go to the Waldorf Astoria, eat whatever I want and drink whatever I want. But how many people can I take with me? And how many days in a row can that be done without going broke? It’s not just about living for today and living for yourself. But it’s about living for your family and living for the future. If I only had myself to worry about, I’m good — for a minute. But I have to consider that I have six children, a wife, momma, cousins, aunts and uncles. I have people depending on me. When I look at it like that, the money isn’t as long because it’s not just me. Most folks are saying they’re rich because they only have themselves to account for. If they took care of their responsibilities and were really being a man about it, they would be out working as hard as I am. So, I have a reason to stay hungry when it comes to music.


You talk about taking care of your family. Sometimes it’s difficult for men to make a decision when it comes to settling down. At what moment did you realize you were in love with the right person?
For me, it was early. I can’t say the exact day. Because even when you initially make the decision, you still wrestle with whether you made the right decision. Within the first two years, I made that initial decision. Then maybe another two years, I confirmed that decision. A few years later, I finalized that decision.


For women, what’s the best way they can go about finding their king or the perfect man?
I hate to tell them something to do to get a man, and when they finally get that man they find out he’s not the man they should have gone after. But you have to really get to know the person you think you are in love with. Learn who they are. Spend time with them. Because a person can only perpetrate for a certain amount of time. And one thing to always remember, you never really know a person until you watch them when they don’t know they’re being watched. If there was a hidden camera in the room, I would be the same way I am when we’re together. How you see me, that’s how I am.