Report: Rising Star Sona Wrongfully Convicted For Robbery He Did Not Commit 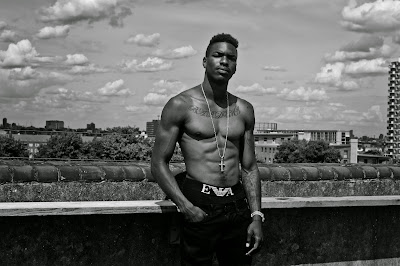 "You'll know who's truly in your corner once sh*t hits the fan!"

Last week Tuesday (4th November 2014), it hit the news that rising star Sona had been sentenced to 4 years in prison for "robbing a pensioner" alongside a friend of his. Once the news was shared on Twitter via various news outlets, there was an instant uproar, with some people bashing Sona for what he supposedly done, and others wishing him well saying he'll come back bigger and better.

Well, I chose not to speak on it via my Twitter account or my blog or any other social media platform of mine, as I did not know the full story of what happened, despite what news outlets including The Standard and LBC News had reported. And I chose to respect Sona and his family's privacy during this tough time, as not only is he a rising artist that I rate so highly, but also a friend of mine.

Sona is known for his three hit singles this year ‘No Wahala’, ‘Ijo Sona’ and ‘Omode Yi’ which have garnered him over half a million streams/views in just over seven months, plus support and critical acclaim from the likes of BBC 1Xtra, Capital Xtra, BET International and more.

Today, 13th November 2014 - the family and Sona's management/PR team have issued the official press statement, and I have it here for you to read, and they are saying that Sona has been wrongfully convicted for a robbery that he did not commit.

Click "read more" to read the official press release issued by Sona, his family and PR team in a joint statement...

Fast-rising British Nigerian Pop artist and musician SONA - real name Daniel Emifeoluwa - has wrongfully been accused and convicted of a robbery crime he did not commit. The heinous crime was committed on October 18, 2013 (last year) by former semi-professional footballer Rishi Nankani, and the robbery victim picked Nankani out from an identity parade (police lineup), to confirm this. Sona was not involved in the robbery and has only been dragged into this because he was spotted with Nankani later on at a shopping centre, hours after the robbery.

Unfortunately but more importantly, wrongly convicted on Friday, October 31, 2014, Sona and his family have been fighting to prove his innocence and get him released as quickly as possible, but had elected to keep the situation as private and within the family as possible, but with recent erroneous reports published this week, it has become imperative to publicly declare Sona’s innocence and share his side of the story.

In a joint statement from Sona and his family, the London-based rising star insists on his innocence, which he will continue to vehemently proclaim until he is exonerated and his name completely cleared. Sona was categorically nowhere near the scene of the robbery, and there is no concrete evidence placing him at the scene of the robbery, or pointing towards him being involved in the robbery whatsoever.

The prosecution have only inferred that Sona was at the robbery scene because Sona was spotted at a shopping centre in Croydon with Nankani, who was already identified by the victim as the robber. The only other circumstantial suggestion the prosecution put forward against Sona, is a series of phone calls and texts made between himself and Nankani around the period of the robbery.

Nankani even confessed to picking Sona up from the barber shop, away from the robbery scene, before going to the shopping centre in Croydon, disproving the prosecution’s claim that Sona could somehow have been at the scene of the robbery. Sona and his family have vowed to carry on fighting for his freedom and will not be perturbed by reports of the wrongful conviction, because Sona is, without any doubt, innocent of these charges, and has been wrongfully convicted.

Since bursting onto the Afrobeats scene earlier this year with his breakthrough single “No Wahala”, Sona has fast become one of the most promising Afrobeats artists in the UK, with further hit songs such as “Omode Yi” and “Ijo Sona”, with over half a million streams and views across YouTube and Soundcloud in just over six month, BEN TV and BEFFTA Awards nominations, and critical acclaim and support from leading tastemakers including Capital Xtra, BBC 1Xtra, Reprezent FM, Bang Radio, Vox Africa, OkayAfrica, Not Just OK, TooXclusive, Jaguda, 360 Nobs and Pulse NG to mention a few.
Posted by Mobolaji
Email ThisBlogThis!Share to TwitterShare to FacebookShare to Pinterest
Labels: Report, Sona, UK