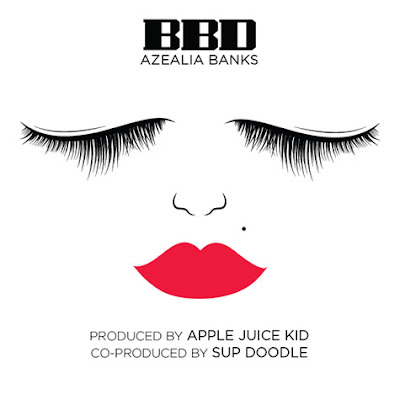 Azealia Banks is bringing the heat for us this new year, the 'Esta Noche' rapper is set to release her debut album this year 'Broke With Expensive Taste' under her record labels Polydor and Interscope; in February of this year.

The Harlem rapper teamed up with Apple Juice Kid and Sup Doodle for this banging track 'BBD' which stands for 'Bad Bitches Do It'. Banks is also set to release a brand new single before her album drops titled 'Miss Amor' as her second official single after her hit 2011 single '212' (ft. Lazy Jay)