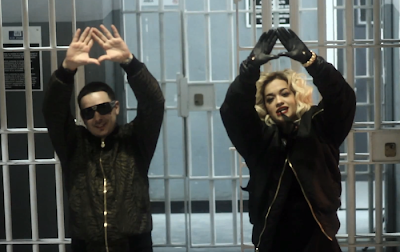 Two of Roc Nations London artist K Koke and Rita Ora are making major moves and have teamed up together for this song and video 'Lay Down Your Weapons'.

The song is the second single off K Koke's forthcoming LP 'I Ain't Perfect' which is set for release this year under Roc Nation/Sony Music Entertainment.