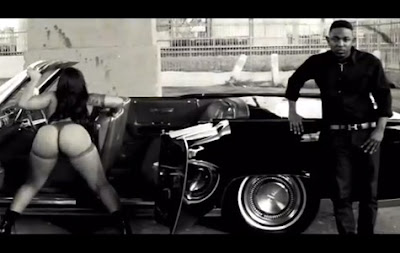 "I'm Kendrick Lamar, AKA Benz to me is just a car!"

Is what the 'good kid', Kendrick Lamar raps in A$AP Rocky's single 'Fuckin' Problems'. Lamar released his first studio album good kid, m.A.A.d city late last year and it was one of my favourite albums of 2012.

The TDE rapper who wants singer Janet Jackson to make a cameo appearance in his video for 'Poetic Justice' which features rapper Drake has released the video for 'Backseat Freestyle'.

The track which was produced by Hit-Boy (N*ggas in Paris) features Kendrick Lamar's father (high as f*ck) and supposedly Sherane (the booty shaker)?

Kendrick Lamar fans will know who Sherane is.

Cruise with Kendrick as he goes through the streets of Paris, and his hometown Compton, LA.
[Kendrick Lamar will be touring this UK this month of January!]