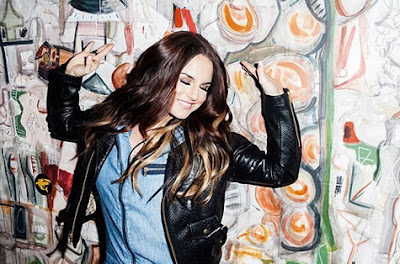 I absolutely love this new video from JoJo.The 22-year-old singer released her mixtape Agápē in December of last year, and off the mixtape comes a song titled 'Andre' in honour of Andre 3000.

The video follows JoJo's very own Andre who has the elements of Andre 3000 from his style with the boots and the hat, to his love for art. And premiering his artwork at the art gallery.

This is one of the best videos that I've seen this year so far. The video compliments the song so well, JoJo and her team really put in the work in this video.