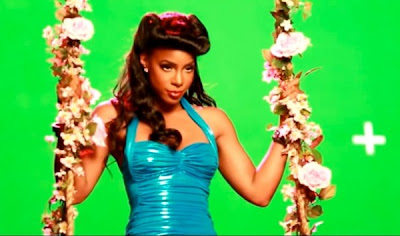 Just literally minutes ago, Kelly Rowland premiered the video to her Mike WiLL Made-It produced single 'Kisses Down Low'.

Ms. Kelly will be releasing her album 'Talk A Good Game' this year as the follow up to her 2011 album 'Here I Am'. Rowland takes a different approach in this new video, still bringing her A game in sexiness but also making the video just fun, with exciting colours as well as a range of different hairstyles.

'Kisses Down Low' is the official second single off of 'Talk A Good Game', as the follow up to 'Ice' featuring Lil Wayne.