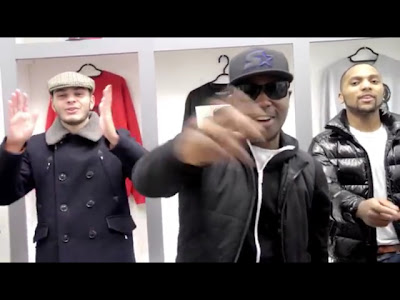 It's great to see UK Afrobeat artists taking over the scene in 2013 - Showa Shins being one of them. The 'Move Kini Eh' rapper covers 'Timebomb' which is originally by Samini and Wizkid, adding his own little twist to it in this Xavier Kindler directed video.

'Timebomb' was produced by Killbeatz and remade by N2TheA (producer of 'Shine Your Eyes').
Showa Shins version of 'Timebomb' is actually better than the original... #IJS!


Whilst 'Timebomb' is getting major plays in the clubs and that - Showa Shins & Starboy Willz have blessed us with this new song 'Ogede' featuring Mista Silva.

'Ogede' which means 'Banana' is set to blow the clubs away - it's only the start of the year and Show Shins, Starboy Willz and Mista Silva alongside others are already doing wonders with their music - so imagine what else they have in store for us throughout the rest of the year!