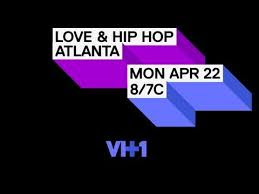 The ladies and gents of Love and Hip Hop Atlanta are back and back in full tact! The ratchet cast of reality TV bring the drama just the way we like it. With Love and Hip Hop New York wrapping up with the 2-part-reunion still yet to be aired, that has not stopped the #LHHATL cast from bringing the heat.

From fighting  to pregnancy rumours and then some... Watch the ratchet supertrailer below, airs on April 22 on VH1.