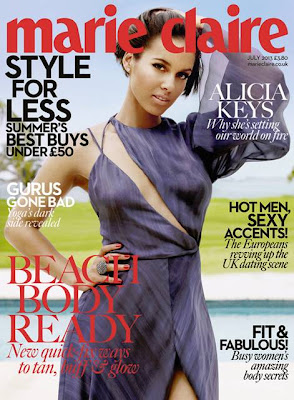 Undeniably one of the most beautiful women in the world Alicia Keys, is currently on her "Set the World on Fire" tour. The singer took time out of her ridiculously busy schedule to take time to shoot the cover story for Marie Claire UK's July issue.

Of course Alicia Keys did her thing in every city of the UK whilst she was here - but apart from just touring Mrs. Beatz discusses everything from her new album ‘Girl on Fire’, her world tour and motherhood through to her marriage and sideline as a director and producer.

Catch a few of the highlights to her interview with Marie Claire UK below including the behind the scenes footage.

On becoming more chilled than ever thanks to hubby Swizz Beatz: “That’s When I Knew is definitely an ode to my husband… Honestly I didn’t really like him that much. I thought he was too ostentatious,’ the songstress explained.”
On what Swizz has taught her: “I think we’ve taught each other a lot,’ she says of her husband. ‘He’s taught me to live more fully and I think I’ve taught him to live more deeply.”
On her first impression of Swizz: ”Swizz will have the fastest car, the biggest jewellery, the loudest jacket; everything with him is really over the top. I used to see him and think, “He is so annoying.”
On evolving: ”You have to speak up. To say, ‘I don’t like that, it’s not cool, don’t do that to me’, but it’s not easy, especially with people you love. I think getting older has made me evolve in a lot of ways and made me more relaxed about saying how I feel, no matter what.”
On directing: “I fell in love with directing. Because first of all I didn’t have to get up early for make-up and, second, I’m a very diplomatic individual.” 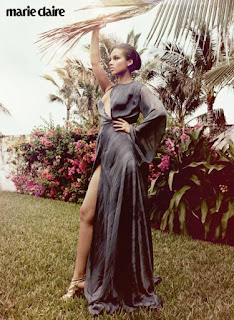 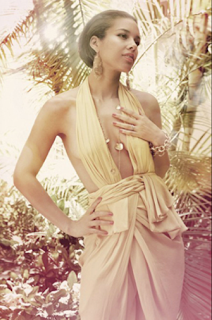 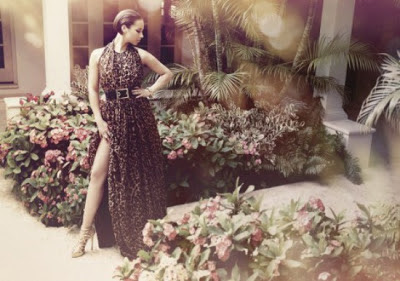 Read the full feature in Marie Claire magazine, out now!