Mack Wilds Performs ‘Own It’ on ‘Good Morning America’ 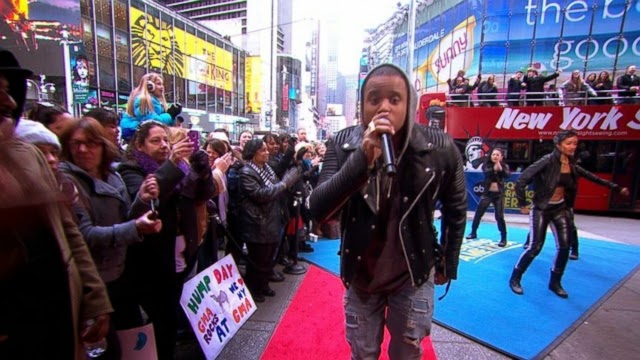 Mack Wilds woke up the city of New York on Wednesday morning, as he took over Time Square for a special performance on ‘Good Morning America’.

Hopping off a New York sightseeing bus with four dancers, Mack Wilds rocks out with some members of the public before entering the GMA studios to continue his performance of his lead single ‘Own It’, off his Grammy nominated album ‘A New York Love Story’.

*Sidenote: Mack Wilds has definitely grown as an artist through the months. This live performance just shows his improvement, especially performing live as well!*