Tinashe and ScHoolBoy Q Perform ‘2 On’ on Jimmy Kimmel Live! 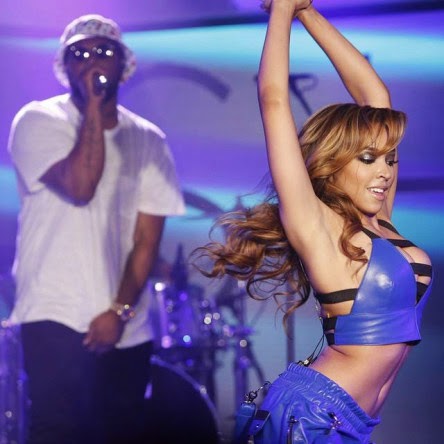 As she celebrates the release of her debut album ‘Aquarius’, last week singer Tinashe stopped by Jimmy Kimmel Live! to perform her #1 single ‘2 On’.

The ‘Pretend’ singer received some help from rapper ScHoolBoy Q, who joined her on stage, as they performed the R&B track of the summer.

Tinashe and her dancers rocked the stage with hard-core choreography in their blue leather pants, and high ponytail hairstyle, and did everything from twerking to the stanky leg.

On her new album ‘Aquarius’, Tinashe shows us that there's more to her than just ratchet-turn up music, as she lays down her vocals on some single worthy tracks and ballads showing off her lyrical and vocal ability on the LP.

‘Aquarius’ is out in stores now, and on iTunes. Check out Tinashe's ‘2 On’ performance below!