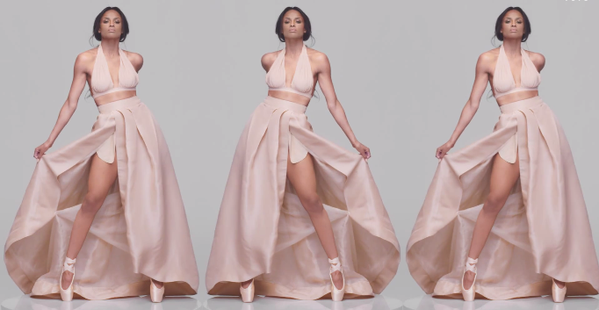 Future surely lost out on a good one, and Ciara made sure she let him know loud and clear in the video to her new single ‘I Bet’.

Thew new mom is a sexy ballerina in the new video where she shows off her impressive dance skills as she shows her ex-fiancé, singer/rapper Future exactly all that he'll be missing out on in the future.

Speaking on the new video, Ciara said:
"In this video I wanted to creatively do something different visually than what fans would expect from me. I am truly motivated and driven to tell a story and entertain at this time in my life. It all just feels like it is falling in place. I am very happy".

‘I Bet’ serves as the first official single off Ciara's sixth studio album ‘Jackie’, named after her mother and out later on this year.