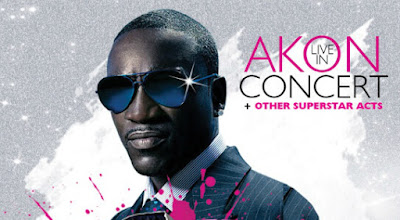 R&B/Pop superstar and multi-platinum selling artist Akon will take to the stage along with other superstar acts as he headlines Dance Afrique's ‘Summer Fest’ in London this August.

The concert presented by Solution Media and Infotech will take place at the London's famous SSE Wembley Arena on Friday, 28th August, kicking off the carnival weekend festivities. And follows up from a successful Dance Afrique concert back in March of this year.

Known for his hits ‘Locked Up’, ‘Right Now (Na Na Na)’, ‘Smack That’ and ‘Lonely’ to name a few out of a long list, Akon released five brand new singles earlier this year off his fourth studio album ‘Stadium’, which eyes a late 2015 release.

In 2014, Akon started the ‘Akon Lighting Africa’ project which provides electricity in 15 countries of Africa, and aims to launch more in further 11 countries by the end of 2016. Kudos to you Akon! This is huge!!! 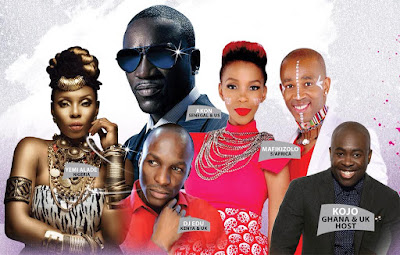 Joining Akon at the SSE Wembley Arena are African superstars Mafikizolo ‘Khona’ and Yemi Alade ‘Johnny’ who will be performing on the night, Capital Xtra's Kojo will be the host of the event and DJ Edu on the turntables. Special guests to also grace the stage, and to be announced soon.

Akon is set to perform classics by him that we all love as well as unreleased material ahead of the release of his new album, ‘Stadium’.

Promised to be a sold out show, venue information and other important details below.