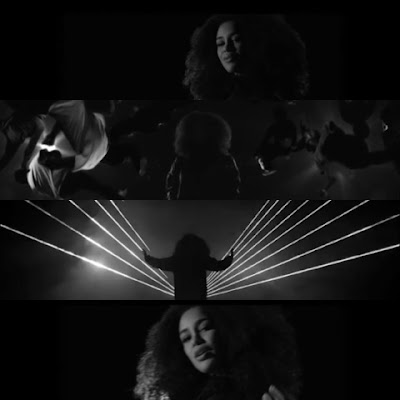 The message of a guilty conscience that Jorja Smith addresses in the lyrics of ‘Blue Lights’ is too important to ignore; and sets the ambiance of the music video.

The talented underground artist that is Jorja Smith released the video for ‘Blue Lights’ today, and it aptly captures the mind. Her social commentary is matched against a hard-hitting black and white visual directed by Drew Cox.

“Blue Lights is a song I wrote around a year ago. It questions why you should have a guilty conscience if you've done nothing wrong.” This she explained to i-D, where she premiered the video.

Jorja went on to say: “The video is about a black male who portrays three different paths he could've gone down in life... as a boxer, a police officer and just a guy in a hoodie. This man is fighting with himself and the perception that society and authority have given him. How can a young black male run away from the stereotypical stigma and hatred towards police if it is on every screen or paper they see? The boxer is quite literally being beaten up by society's perceptions. The video's narrative is just one example of the negative stereotypes many people suffer each and every day.”

Jorja Smith is currently based in London after relocating late last year from her home town Walsall. At just 18 years old she is definitely wise beyond her years. With a debut this consequential, I can only imagine what she has in store for us.

*side note: I loveeeeee her hair!*