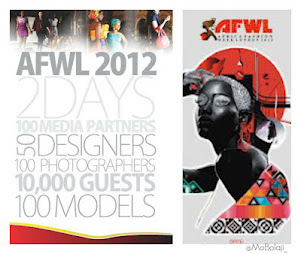 I had the great privilegde to attend the second annual, two day 'African Fashion Week London' event here in London.
I attended the event as 'Press' because after working there last year (2011) I just couldn't bare to go through that stress again and what not.

On arriving to Spitasfields Market on Saturday 4th August (Day 2) and it was disgustingly packed, emphasis on the 'disgustingly' by the way. The market was really packed, full of life, colour, print and love - models, bloggers, designers (upcoming and so fort),  and just the general public all were in attendance, and some BIG names in the Fashion Industry - some of whom I did not know at all. But all the "who's who's" were there.

[I'll try not to compare last years event to this years one, but I might just have to.]

Fashion is a big thing for us Africans, making an impression is also a bigger thing for us, and at this years AFWL I just felt that it was a tad bit dis-organised. People that had spent money on tickets ended up saying "there was no point in paying for a ticket!". And I understand exactly why they said that. The general public or shall I say those that did not pay for a ticket - easily got to watch a show for free, whether it was the very first show or the Grand Finale.

Such a big open spaced market that probably did have over 10,000 people there over the 2days just felt like a busy market where people were trying to get their things and leave. But these people weren't leaving, just staying and 'chilling'. The fashion itself, some of the clothes did look the same and it felt like I was looking at the same things on the market stalls/tables. But the grand finale show itself I saw different pieces of clothing - some that I'll wear, consider wearing and some that I thought was absolutely hideous!

Anyway's I won't talk too much on that, but I would say overall the show was not bad, not something that I'll attend on a regular basis.
But it was a great networking event, I met some very nice people (including some Nigerian celebs and my all time FAVORITE blogger - Linda Ikeji of 'Linda Ikeji Blog'. I almost fainted lol) and I saw some nice clothing designs.

Check out SOME of my pics from AFWL 2012 and to attend next year? I'll think about it! 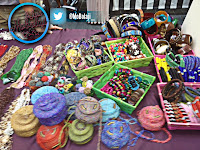 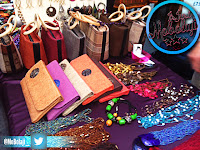 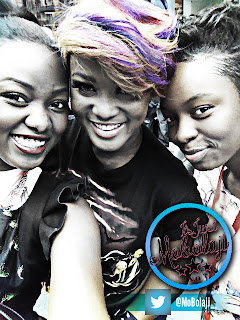 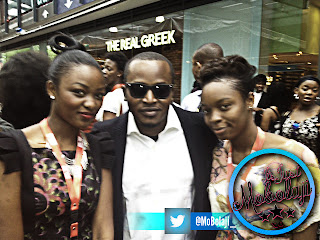 Quick snaps with our dear friends from Trybe Records - Afrobeat artists: Eva and eLDee and Ruth and I. 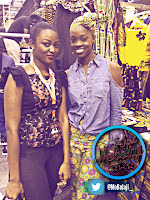 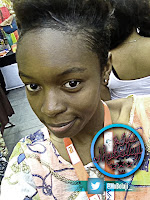 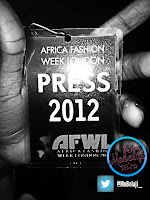 Ruth and designer AsakeOge, Me testing the camera - lol and Press pass 2012! 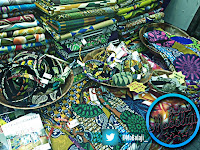 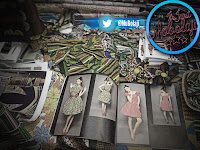 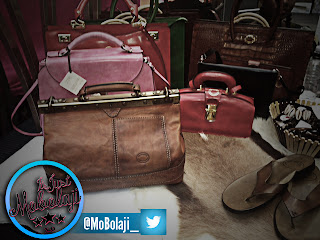 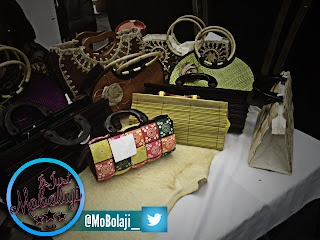 Another AMAZING table from Didi Creations - leather at it's finest! I'm definitely going to treat myself to one of these leather handbags, cos these bags and designs were absolutely yummy! 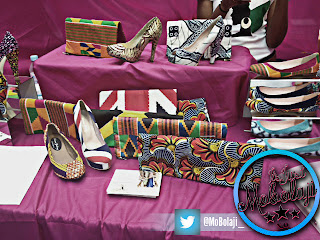 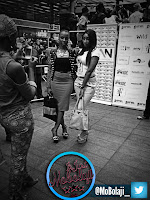 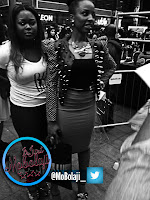 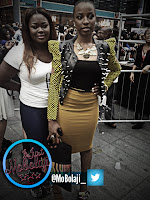 Last but not least, we came across these Fashionistas and designer of Coco Caramel who were promoting their line and their upcoming launch party. Killer blazers, killer designs! Stay tuned for details on their launch party/fashion show on It's Just Mobolaji.
Posted by Mobolaji
Email ThisBlogThis!Share to TwitterShare to FacebookShare to Pinterest
Labels: African Fashion Week London, AFWL, eLDee, Eva, Fashion, Mobolaji, Review, UK