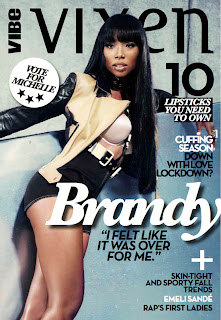 Two Eleven is the best R&B album out right now! Brandy delivered on that album in every angle. The singer sat down with VIBE Vixen magazine and spoke on the late great Whitney Houston and her final advice to her and when asked if Brandy will ever write a song about Whitney she said not yet. Brandy is looking sexy on the cover and in the full spread. 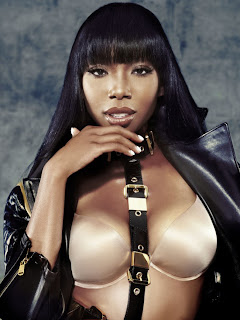 Brandy whose album Two Eleven got released yesterday also went on the famous Breakfast Club of Power 105.1 in New York City earlier this week (Monday). The singer who appeared on the Breakfast club for the second time this year really braved them as per usual they grilled her but Brandy held her own. Watch the interview below and buy Brandy's new album Two Eleven here.