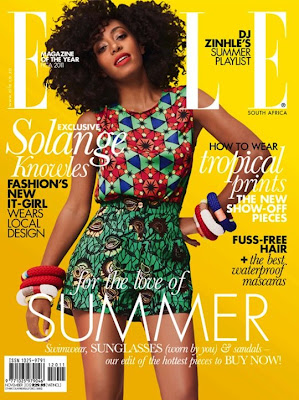 Singer/Model/Mother: Solange Knowles strikes a pose for us on the cover of Elle Magazine, South Africa's November edition. Solange is looking vibrant as always, loving her African print inspired playsuit and definitely the yellow background of the cover. Yellow definitely suits Solange. Check out behind the scenes pics of her photoshoot whilst she was in South Africa shooting the music video to her single "Losing You". 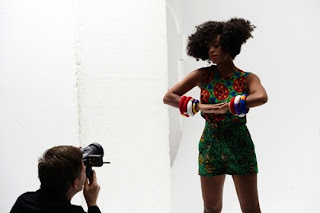 Solange is beautiful right? I can't wait to see the full spread.

But check out the full spread of Twilight's Ashley Greene, the rest of the pics from Rihanna's VOGUE interview and even Scarlett Johansson and more after the link below!!! 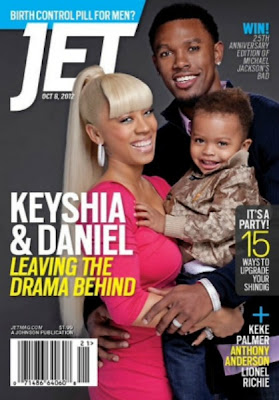 Rocking platinum blonde hair Keyshia Cole graces the cover of JET magazine with her husband Daniel and their son. Even though the cover is for this month's edition, I did forget to put it up during my previous Flicks: Magazine Covers Special. Keyshia Cole celebrated her 31st birthday earlier this week (Monday 15th October) and is scheduled to release her debut album Woman to Woman on the 19th of November of this year. Keyshia Cole has also got her own reality show on the television network BET, alongside her hubby titled: Keyshia & Daniel: Family First where she televised her wedding. Be sure to check that out. 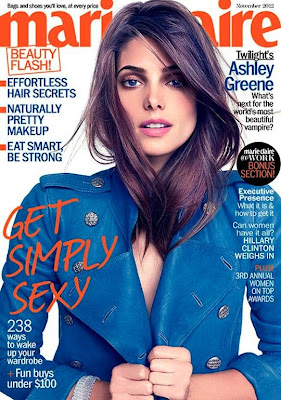 Twilight's very own beauty apart from Kristen Stewart that is, Ashley Greene is the November 2012 face of Marie Claire magazine. The actress is looking extremely sexy but subtle on the magazine cover and in her full spread (below). Prepping for the release of Breaking Dawn 2 the last in the Twilight Saga movies alongside her co-stars Robert Pattinson, Taylor Lauthner etc out in November of this year. The movie star talks on what's next for her after Twilight, being a 'celebrity', her personal life and everything else going on with her. 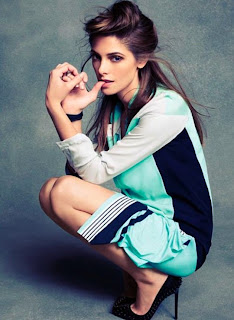 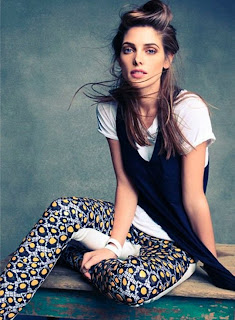 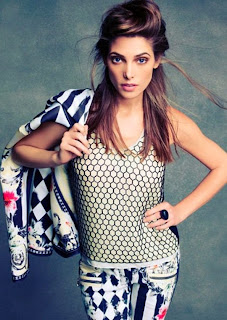 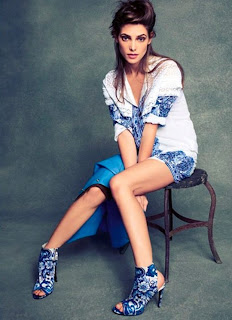 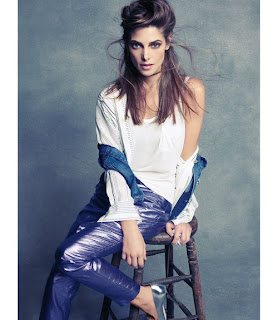 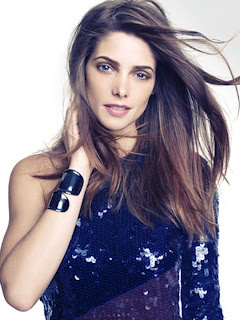 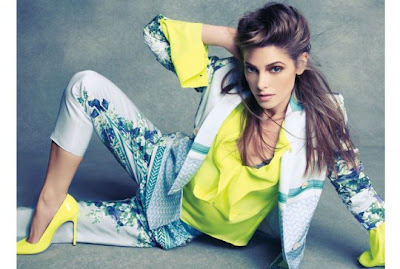 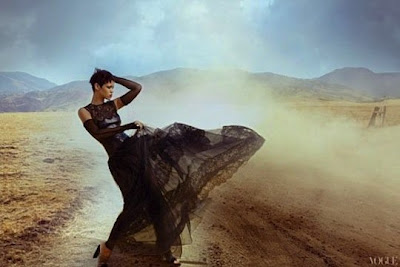 Not only is she the face of Vogue magazine, November issue but Rihanna is also working on her 7th studio album in 7 years titled Unapologetic which is in stores on the 19th November. The full spread of Rihanna for Vogue recently got released after the cover got unveiled. The Bajan singer speaks on her relationship with Chris Brown, addresses drug rumours and dating.

Rih Rih is werkinggg it in these photos! 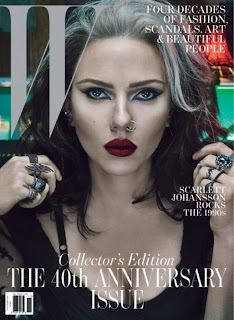 Goodness gracious, Scarlett Johansson is beautiful. I love her natural plumped lips looking fearless on the cover of W Magazine's 40th Anniversary issue. Other covers include Kiera Knightley, Mia Wasikowska and Rooney Mara as they all channel 1980/1990s look. Check out their eye-catching covers below - all beautiful women.