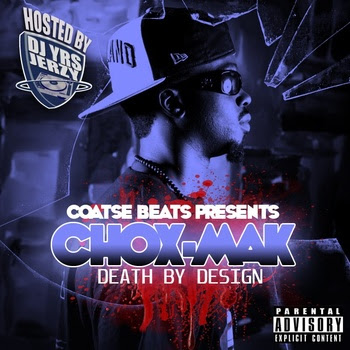 Hosted by DJ YRS Jerzy - Chox Mak is a lyricist that is making his mark in the music industry with his lyrical talent. Chox Mak has released several other mixtapes this year, but this one - Mak found "immediate chemistry and identical work ethics" with DJ YRS Jerzy - making this mixtape one of his best so far.

With features from UK rapper - Fluid on his track "It's On", as well as other tracks such as "Far Away" which features N-Tone - and yes! I've got my 3 favourites already, lol!

Shut it Down
It's On ft. Fluid
For The Love

Listen/Download the mixtape Death by Design below!! Enjoy and let me know what you think?