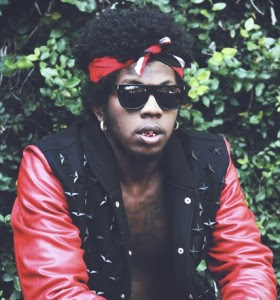 
Trinidad James is taking his buzz to the bank. The “All Gold Everything” rapper has signed a lucrative deal with Def Jam Recordings.

Hot on the heels of his ubiquitous single, Billboard.com has confirmed that the 25-year-old will join the label’s star-studded roster, which includes Kanye West, Rick Ross, 2 Chainz, and Young Jeezy.
After being pursued by several labels including Atlantic Records, he chose Def Jam as his new home. The deal, rumored to be worth $2 million, also includes a joint venture with James’ Gold Gang Records.

“We’re excited to welcome a young talent like Trinidad James to the Def Jam family,” the label’s president, Joie Manda, told Billboard. “Def Jam prides itself as both a cornerstone of hip-hop’s rich tradition, and as a vital, forward-thinking label dedicated to breaking and nurturing emerging artists. Trinidad James represents the cutting-edge of what’s happening in the culture today. We are thrilled to have him at the label, and look forward to growing his already massive buzz.”

The Atlanta-bred rapper dropped his mixtape Don’t Be S.A.F.E. on iTunes earlier this month, while his single “All Gold Everything” has become a viral sensation, racking up 2.8 million views on YouTube and receiving the remix treatment from rappers including Tyga.

Unfamiliar with who Trinidad James is? Check out his single "All Gold Everything" below.