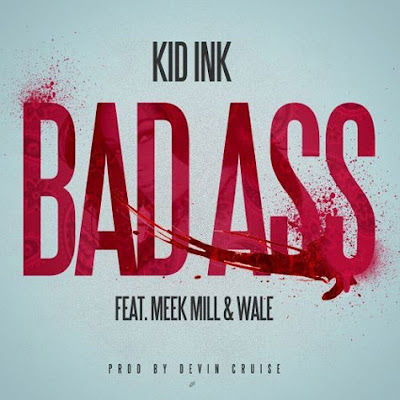 Kid Ink just recently got signed to RCA records after he received a lot of recognition for his independent releases, including his latest mixtape Rocketshipshawty.

Now the rapper has teamed up with MMG heavyweights - Meek Mill & Wale for this new track he calls 'Bad Ass', which was produced by Devin Cruise who has worked on a lot of other tracks by the 'Wait A Minute' rapper.

Ink, has worked with the likes of Chris Brown, Kevin Mccall, YG to name a few and is adding Meek & Wale to the lineup.

Kid Ink released a statement on his signing with RCA records stating:
“We achieved so much last year independently but we just felt it was time to team up with a major in 2013 to take it to the next level, and RCA is as excited as we are about the vision and possibilities.”

What a great way to start the year. Congrats to Kid Ink.