Last week, we got a sneak peek of Beyoncé for Vogue Magazine. Images of the one and only Mrs Carter - were released and she is giving us vogue all over. In the interview Beyoncé spoke on A LOT of things including motherhood, music, and her documentary which comes out this week 'Life is but a dream'. She also sits down with legendary talk show host Oprah Winfrey for a 'Next Chapter' special on her Super Bowl performance this coming Saturday. I'm pretty sure the views on the HBO channel the night of Beyoncé's documentary will go through the roof! As well as the views on the OWN channel.

Check out some of my favourite highlights from the interview with Baddie Bey where she speaks on motherhood, giving birth, handling rumours and recording her new album! And as you read, you can gush over the rest of the images from her photoshoot! 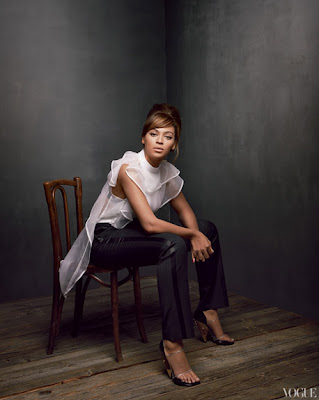 [Beyoncé] On motherhood: “I felt very maternal around eight months. And I thought I couldn’t become any more until I saw the baby. … But it happened during my labor because I had a very strong connection with my child. I felt like when I was having contractions, I envisioned my child pushing through a very heavy door. And I imagined this tiny infant doing all the work, so I couldn’t think about my own pain. … We were talking. I know it sounds crazy, but I felt a communication.” 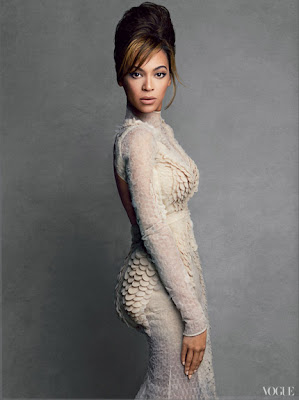 [Beyoncé] On giving birth to Blue Ivy: “My family and my closest people were there when I gave birth. Everything that scared me just was not present in that room. So for me to really let go and really appreciate every contraction…it was the best day of my life.”

[Beyoncé] On her documentary 'Life is but a Dream': “This movie has healed me in so many ways. It makes me want to cry.” 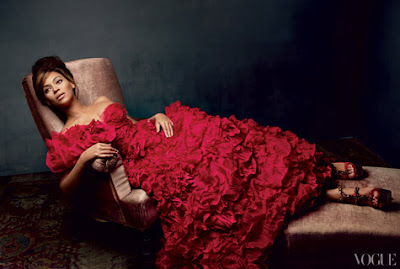 [Beyoncé] On rumors that she faked her pregnancy: “That was very odd. Who even thinks that? Like, who would make that up. … You can’t take it too seriously.”

[Beyoncé] On the recording sessions for her new album, which took place in New York’s Hamptons: “We had dinners with the producers every day, like a family. It was like a camp. Weekends off. You could go and jump in the pool and ride bikes…the ocean and grass and sunshine. … It was really a safe place.”

What [Beyoncé] says about the blogs: “Don’t scroll down! You’re definitely going to get your feelings hurt.” 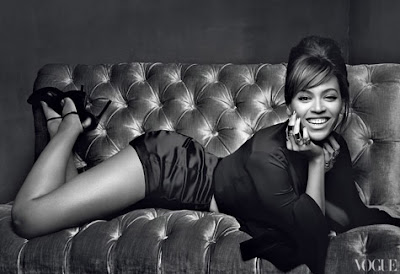 Mm, I love me some Beyoncé! Werk Sister - she is fierce honey, gone with the wind fabulous!
Well, there you have it - from the Queen herself and thanks to Vogue you can read more here
Posted by Mobolaji
Email ThisBlogThis!Share to TwitterShare to FacebookShare to Pinterest
Labels: Beauty, Beyoncé, Fashion, Flicks, HOT Girls, Interview, Magazine Covers, Style