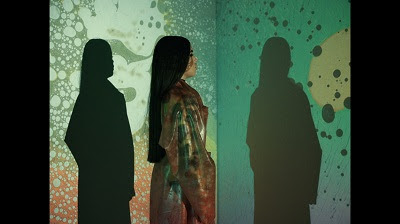 Rising songwriter and artist Mabel has been commissioned by the Tate Modern to create a video project to commemorate the opening of the new building.

The video is directed by acclaimed choreographer Holly Blakey and the song in the video is an original composition for the project created by Mabel specifically for this special collaboration. The video is reflective of Gustav Metzger's Liquid Crystal Environment 1995, remade 2005 which is displayed within the new Tate Modern. The colourful, psychedelic patterns produced by light displays such as Metzger's became icons of London's cultural scene in the 1960's, as musicians in particular sought to create total sensory environments for the appreciation of their work. Metzger's own liquid crystal projections found wider fame in 1966 when they were displayed during a performance of the bands Cream, The Move and The Who at the Roundhouse in London.

Mabel comments, “it was fun working on this project with Holly and Tate. As a kid I adored music videos with choreography. Destiny's Child routines were often rehearsed with my sister and then we forced our family to watch multiple performances. I wanted to try to do an up-to-date version of that, using Metzger's Liquid Crystal Environment and the incredible Tate Modern building as our setting.”