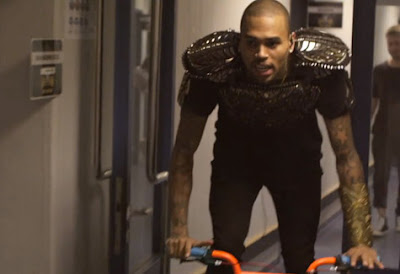 It feels like it's been a while since I've heard from Chris Brown (musically).
Anyways, the Grammy Award-winning artist is set to release the follow up to his 2012 'Fortune' album with 'Carpe Diem' hitting shelves this Summer.

'Home' is just a little summin' that he decided to bless his loyal fans with - including footage from his recent Carpe Diem tour... Showing highlights from his shows in France, Germany, Amsterdam, Nigeria, United Arab Emirates (Dubai), South Africa, Nigeria and much more other places unnamed. Chris, pours out his heart in this new song - speaking on what he would change and just wanting to go back to his 'home'.