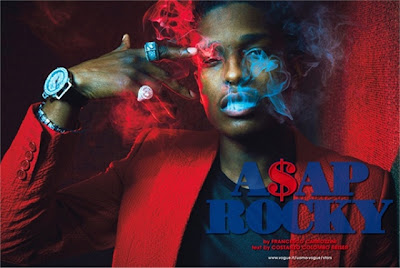 A$AP Rocky one of the best dressed men in the hip-hop industry has been scooped up by L'Uomo Vogue for a cover story shot by Francesco Carrozzini.

The Harlem native is very keen on fashion as he doesn't hide that in his photo shoots, music videos, tours and even press runs. When discussing fashion with Vogue, A$AP said:

"I've always been interested in fashion, since when I was a kid and used to shop on 5th Avenue. But the real leap in quality occurred when I was 16 years old. I immediately loved Prada, Dolce & Gabbana, and Gucci. Nevertheless, my approach has always been spontaneous, based on a sort of fashion sense that lets me blend haute couture with my streetwear."

Rocky then went on to comment on changing of the hip hop industry and how fashion influenced it:

"I want this period to be remembered as the 'Platinum Age' or 'Diamond Age'. Currently, there's a new artist movement that's rewriting the rules of hip hop and I'm their leader, king, and emperor, that's for sure. I'm the future of this genre."

The "Fashion Killa" singer has stated time and time again that he will not create his own clothing line... Well, not anytime soon!

"In the future I could cooperate with a brand. Beyond that, since I'm not a designer I prefer leaving that task to professionals and to focus on music...this is the dawn of a new movement." 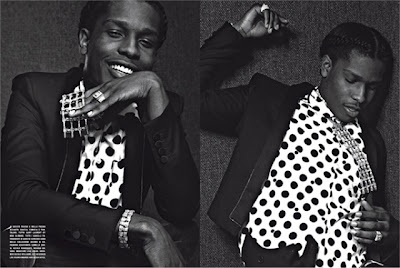 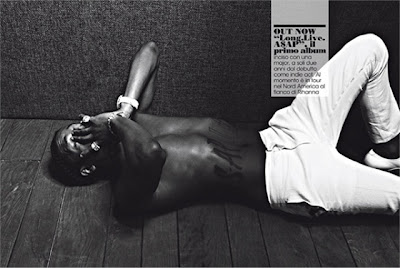 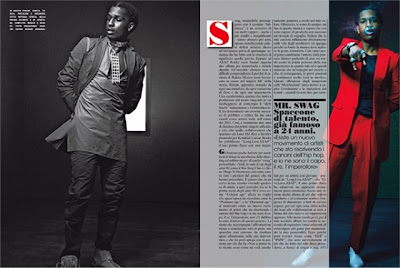