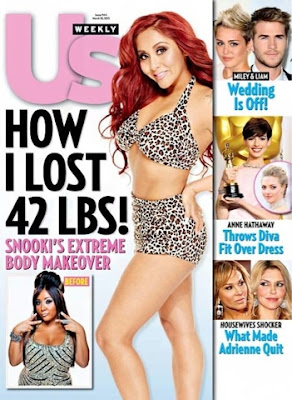 Can we say amazing body? Snooki has definitely had an extreme makeover with her hair and makeup and now even with her body. Snooki shows off her body in the latest issue of US Weekly magazine and she has every right to. Snooki who goes by the real name Nicole Polizzi lost 42lbs after she gave birth to her son Lorenzo. I'm happy for her - she looks great! And the red hair really suits her. 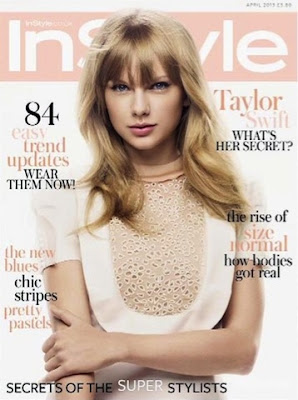 Well, if it isn't Ms. Taylor Swift herself - I'm a huge fan of Taylor Swift and even though I would have preferred if they added more colour to her look for InStyle UK magazine - I like the look that she's gone for. The multiple Grammy-award winning artist covers InStyle UK with a number of nude and white outfits on the cover and in the spread.

Swift spoke to the magazine about her fears saying:
"My fears circle around me making the wrong choices and messing this up for myself. I don't wanna end up being awful and intolerable. Alone. Laying in a marble bathtub by myself, life sad, with a glass of wine just complaining that my life ended up alone because I pushed everyone away because I thought I was too good to hand out with anybody. The typical Hollywood sad cliché of the poor lonely starlet with no one because she put up all these walls and didin't trust anyone. That's my fear. And that's why I live my life the way I live my life because I'd so much rather feel everthing than end up like that."

Taylor Swift then went on to say:
"I'm a girls' girl. I have guy friends but the problem with having guy friends is, like, I always get linked to them and they'll end up in a  slideshow of people I've apparently dated on the internet. I mean, there's all kinds of complicated things with having guys as friends. If they have a girlfriend who doesn't like you or things like that. So I have like two or three guy friends. A select few. But I have like 20-25 really good girlfriends." 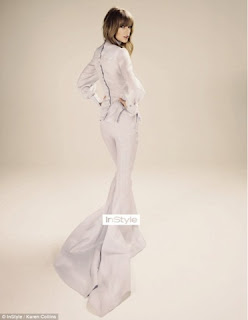 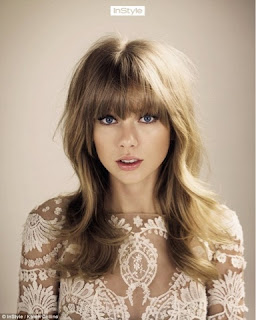 It's actually good to hear that from Taylor Swift, because we often get mixed up with who she may be dating or who may be her friend - I'm glad she cleared that up for us! 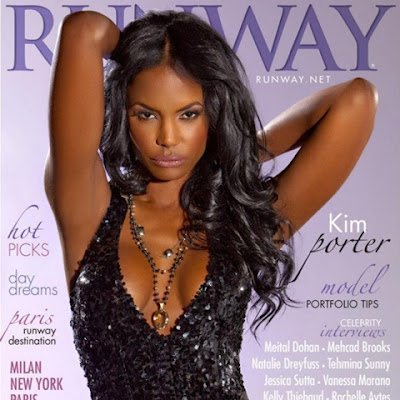 It's been a while since we've seen the beautiful Kim Porter - the Supermodel decides to grace our presence as she covers 'Runway' magazine. The mother of four Quincy Brown, Christian and her twins - D'Lilah Star and Jessie James Combs (three for Sean 'Diddy' Combs) has kept her amazing figure and looks better than ever!

With her new children's clothing line coming out and other little ventures she's doing, check out what Runway had to say about it:
"With an undeniable gift for acting, singing and style paired with her natural, stunning beauty, this debutante queen of Georgia grew to become royalty of high fashion and entertainment. Kim Porter now part model, part mom, part mega-star, is the epitome of a woman who can do it all, and do it perfectly. This woman had a ferocious ability to not only take on the entertainment industry but completely re-define it, operating by a higher calling. Inspired by the things she loves most in this world, her children and her family, Kim has successfully set new standards by infusing her passion to keep it real into every single little thing she puts her finger on giving it the golden touch. With a new children's clothing line coming out soon, running her own business and a home with music mogul Sean Diddy Combs, I'm surprised she even had time to sit down with me, to say the least even sit down at all because she's too busy making magic and blazing trails for moms everywhere."

Nothing but nice words for Kim Porter, look out for that article - with the magazine already out in the States, but internationally out on April 14.

'GIRLS' TV show creator and actress Lena Dunham gets her rock on for 'Rolling Stone' Magazine and the beautiful Nicole Scherzinger - gets dark for the "Hurt Issue" of Notion Magazine! 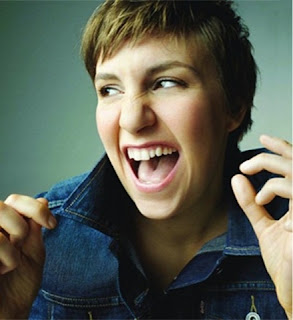 One of the most watched shows on TV right about now is 'Girls' and it was created by the young and talented - Lena Dunham who also stars in the hit TV show for HBO.

Looking like a rockstar in her own right - Dunham brings her cheeky self as she poses with her tongue out on the cover of 'Rolling Stone' magazine. In the interview below, Lena Dunham is just honest about her TV show, her mental issues and her internet words of wisdom.

On relation to the audience of her hit HBO series:
"It's funny to me that I'm writing a show considered to be the voice of twenty-something people. Because I don't feel that connected to it all the time."

On her OCD and hypochondriac phase:
"AIDS, jaundice, you name it, I had it. I'd count eight times... I'd look on both sides of me eight times, I'd make sure nobody was following me down the street, I touched different parts of my bed before I went to sleep, I'd imagine a murder, and I'd imagine the same murder eight times."

On battling her negative symptoms from various meds:
"I was exhausted all the time, night sweats. I was pretty fat in high school and if I look at it, becuase it just slows down your metabolism. My would always be like, ' I think you're having a lot of side effects,' and I'd be like, 'You're such a b*tch, you just want me to be skinny!' and my mom was like 'No, you're just sleeping all the time and sweaty.'"

Her internet words of wisdom:
"Don't ever Google a drug. Because it's all psychos being like, 'This blinded me, it killed my husband.' Once I flushed all my [medication] down the toilet, because I was so scared by what I read. But if I feel I'm in the Tower of Terror, a little piece will just let me breathe."

Okay... That was definitely an interesting interview from Lena Dunham.
Rolling Stone 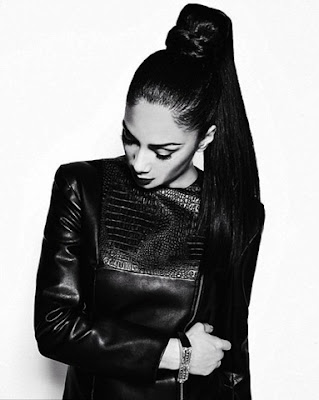 With her new single 'Boomerang' currently out and in the middle of doing promo runs in London and in the States - Nicole Scherzing shows off her dark side in Notion Magazine's "Hurt Issue."

In this interview - the ex-Pussycat Dolls lead singer speaks on auditioning for Popstars TV talent show, her mother talking her into auditioning and passing on the hit single by Calvin Harris and Rihanna "We Found Love."

On auditioning for the Popstars singing competition:
"I was so theater at the time. I was like 'I am not going to be a Spice Girl.' That wasn't me. I mean I'm a Spice Girls fan now, but at the time I only wore black and I was Goth. I would have been Goth Spice. Ethnic Chanting Spice, that's who I thought I was."

On her mom talking her into finally auditioning:
"I bought my little package that I'd put together with my pictures and I'd made my own home music video. I was on it. I gave them my pack and I sang - [Whitney's 'I Will Always Love You'] - for them and the rest is history. That bought me to Los Angeles."

In regards to rejecting the offer to sing Calvin Harris' "We Found Love":
"I passed on 'We Found Love'. I got the demo of that song and I was busy at the time." 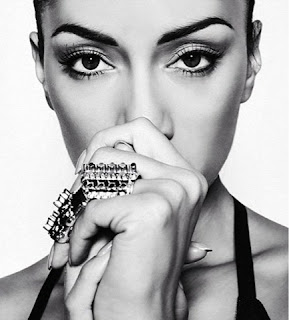 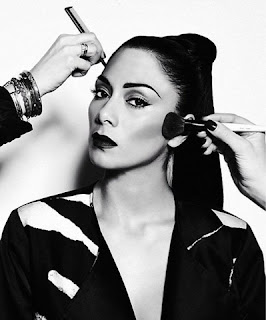 Always nice to see what celebs have to say  - I wonder if Nicole has any regrets to not singing 'We Found Love' as it is a #1 single of course.