New Video: Honey B - Up Down 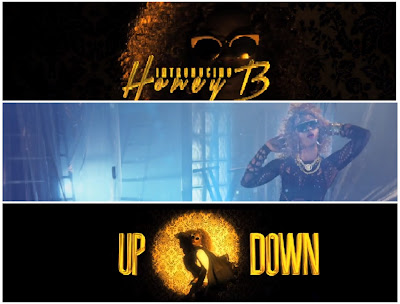 This is exciting! Honey B has officially premiered her very first music video, to her second single 'Up Down' on BEN TV's 'The Magazine Show' earlier on today. The daughter of Fuji legend - KWAM 1 keeps the video very rich in content and Honey B looks great in this video.

Honey B is dripping in honey in this video (it's only right she does so) and is laced in gold from head to toe looking expensive! I love the song and I'm happy there's a video to accompany it, the video was directed by VisionMaire in London and features a cameo appearance from Dotstar.

I hope there's a video to 'Sempe', it'll be great to see Father and Daughter performing in a music video together.

Honey B will be performing at Destination Africa in SYNC London on April 28! More details HERE!

Posted by Mobolaji
Email ThisBlogThis!Share to TwitterShare to FacebookShare to Pinterest
Labels: Honey B, New Video