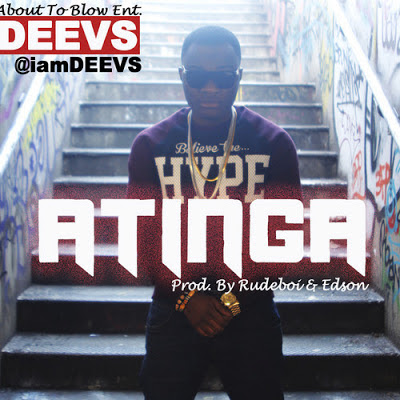 After his breakaway from the group Vibesquad, DeeVS has released his second solo song "Atinga" off the ATBmixtape, a high tempo tune which will take over the summer parties and raves. DeeVS' outstanding musical talent which served as the main drive behind the Vibesquad will surely uplift his solo career, if well nurtured.

"Atinga" is produced by Rudeboi and Edson of ATB Entertainment. His new mixtape ABTmixtape will drop in the next couple of months!