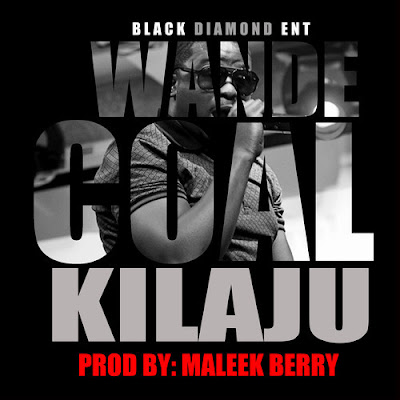 Wande Coal and Maleek Berry have great chemistry whenever they get into the studio together, always bringing out the music that we want to hear and enjoy. Earlier this year the duo gave us ‘My Way’, and now pop up with ‘Kilaju’ yesterday. Even though the unmastered version of the song leaked online yesterday, Wande Coal decided to give us the official version.

As we await for the release of Wande Coal's sophomore album, ‘Kilaju’ along with ‘The Kick’ and ‘Rotate’ are songs just to keep us satisfied until it's debut. ‘Kilaju’ was released under Wande Coal's imprint Black Diamond Entertainment.