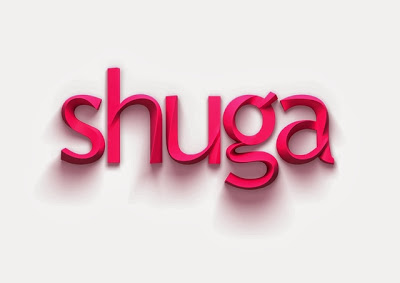 Last night in London, I was privileged to attend the series 3 premiere of ‘Shuga’, and trust me - it's the best season yet.

At the premiere held in Renoir Cinema in Russell Square, we were welcomed with drinks and a little networking - as well as a step and repeat backdrop to take pictures and even meet the cast! When we were eventually seated in the cinema - we watched the first four episodes of series 3 - which we thoroughly enjoyed - we laughed, and said our "awwws", and even our "ooh's" cos some scenes are hella shocking! Lol. Just before we all exited the building to have a chit chat about the show and network again - the ‘Shuga’ team - (director) - Biyi Bandele and a few members of the cast - Okezie Morro who plays ‘Ekene’, and Dorcas Fapson who plays ‘Sophie’ sat down to answer a few interesting questions, lol! 'Twas a good night.

The two previous series set in Nairobi, Kenya - this one was set in the heart of Lagos, Nigeria. Shuga called on ‘Half of a Yellow Sun’ movie director - Biyi Bandele to direct the eight episodes in this series. And he does a fantastic job at it.

‘Shuga’ Summary:
‘Shuga is an award-winning sex and relationships drama and multimedia campaign designed to combat a lack of awareness and misinformation about HIV, sexual responsibility and teen pregnancy among Nigerian youth.’

This series brings us an all star cast including Ikubese Emmanuel Ifeanyi who was in the previous series set in Nairobi, as well as some familiar faces - Maria Okanrende, Tiwa Savage, Okezie Morro, Chris Attoh, Nick Mutuma, Leonara Okine, and some new faces to our TV screen - Dorcas Fapson, Sharon Ezeamaka, Timini Egbuson, Olumide Oworu and so much more. Afrobeats artists - Ice Prince and Iyanya make cameo appearances, as well as a few others.

The previous seasons (which were shot in Kenya, with mostly Kenyan talent) are available to watch online: https://vimeo.com/36080599

Watch the first episode of season 3 below. Series 3 premiered on MTV Base Africa on World Aids Day (Dec 1st) and will be shown on BET UK. AND if you miss it on any of those channels - you can always watch it online on shuga.tv. Meet the cast of Shuga HERE!

The award winning TV series and multimedia campaign is produced by MTV Base and the MTV Staying Alive Foundation in collaboration with the Nigerian Government's National Agency for the Control of Aids (NACA), the Bill and Melinda Gates Foundation and UNFPA (United Nations Population Fund). PEPFAR (The US President's Emergency Plan for AIDS Relief) has also expressed a commitment to join forces with the campaign.
Posted by Mobolaji
Email ThisBlogThis!Share to TwitterShare to FacebookShare to Pinterest
Labels: Shuga Naija, Tiwa Savage, TV Show