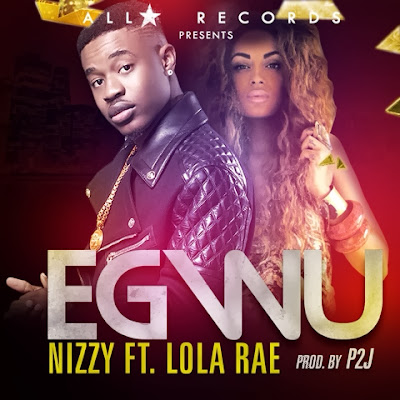 Nizzy is no stranger to this blog. He first made his appearance in 2013 with his track ‘Drumstick’. Now he returns in 2014 with a brand new single ‘Egwu’, featuring 2013's breakthrough artist – Lola Rae on the track.

Currently based in London, Nizzy calls on heavyweight producer P2J for the production of the catchy dancehall/bashment influenced single. In the Nigerian Igbo language ‘Egwu’ means dance, which a lot of people are sure to be doing once they hear this new banger.

‘Egwu’ is set to be a hit and is about to take over the radio stations, DJ playlists, television networks and worldwide.

It's no secret that 2014 is going to be a huge year for both Nizzy and Lola Rae, but just in case you need a reminder of why, listen to the floor-filler ‘Egwu’ below! Video out soon!