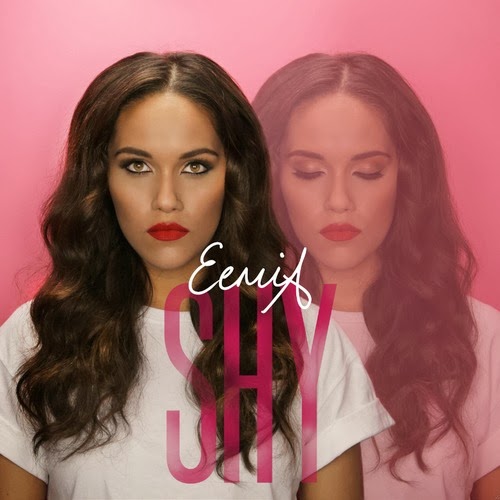 Tipped by Leona Lewis and even laid down a few vocals for Leona Lewis' album ‘Glass Heart’, Eemia has released her prominently new track ‘Shy’, and eye catching new video to ‘Need to Learn’.

Eemia is a singer-songwriter who originally hails from North-West England, but now resides in London began working with other writers and producers, when she moved to the city at the age of 18.

As she worked with the producers and other writers, her confidence as an artist began to grow and led her into writing and releasing her own material. Her exquisite talent led her to being chosen to perform at the Olympic Village where she sang for the athletes throughout the summer Olympics.

Throughout the past year - Eemia has been gigging, wowing audiences, and winning fans over with her distinctive vocals and unmissable stage presence. This has also entered her into my 2014 One2Watch list!

Before Eemia embarks on her own adventure with her ‘Shy’ EP - March 16, she has dropped her brand new song ‘Shy’ as well as a new visual to ‘Need to Learn’ both off the EP.

Fans of the talented singer can stream ‘Shy’ below and watch the video to ‘Need to Learn’ as well. ‘Shy’ the EP is out March 16, and features both songs.