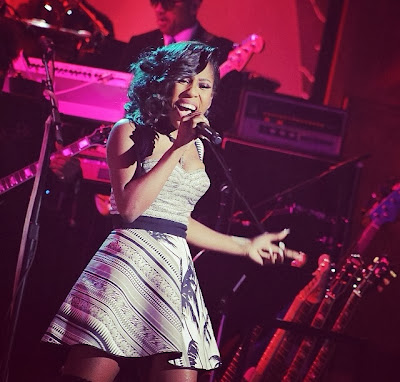 Last night in Los Angeles, Sevyn Streeter took to the stage at Arsenio to perform ‘It Won't Stop’ - her chart topper.

Streeter's debut EP ‘Call Me Crazy, But…’ back in 2013 and gained her a whole lot of new fans across the world and showed off her true artistry. Aside from have written for some of the biggest names in music thus far, Sevyn's solo career has taken off and is doing well so far.

Sevyn Streeter gives a cute performance where's she seen in a printed skater skirt, knee high boots and even interacts with the crowd as she performs. 2014 Sevyn will release her debut LP and hopefully it'll be a chart topper like her previous material. Watch her perform ‘It Won't Stop’ on ‘Arsenio’ below.