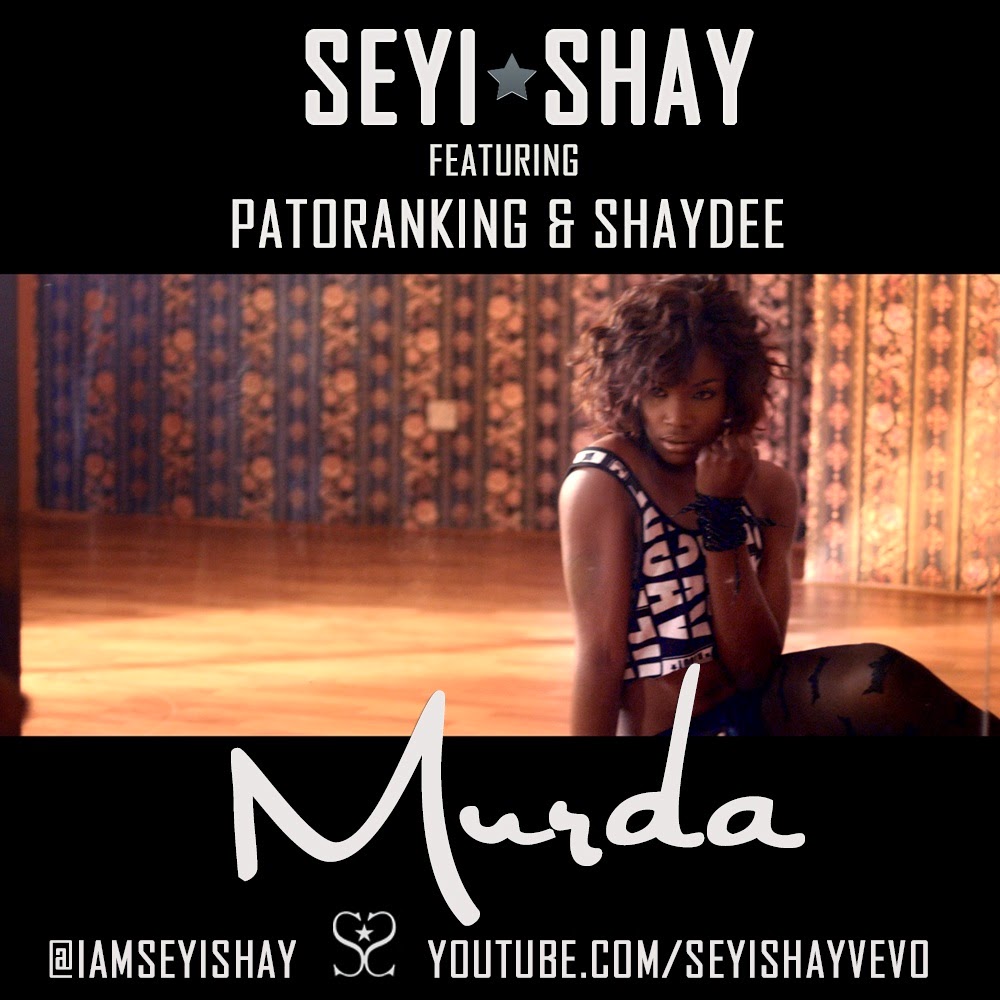 Seyi Shay doesn't get enough credit for what she does!

Keeping it fun and sexy throughout the video with her choreography, different hair looks, and outfits - Seyi Shay samples a lyric from Joni Mitchell's 1970 hit single ‘Big Yellow Taxi’.

Seyi Shay is bringing the heat this year with her singles and videos, it'll not be long before we see her dominating the charts and holding it down for the females across Nigeria and Africa. Whatever it is that her team are doing with, they shouldn't stop - they're doing a great job.

The new video directed by Meji Alabi for JM Films follows up from the single, released back in April. Watch the new video to ‘Murda’ with Seyi Shay, Patoranking and Shaydee - she is a natural in front of the camera. Born for this!