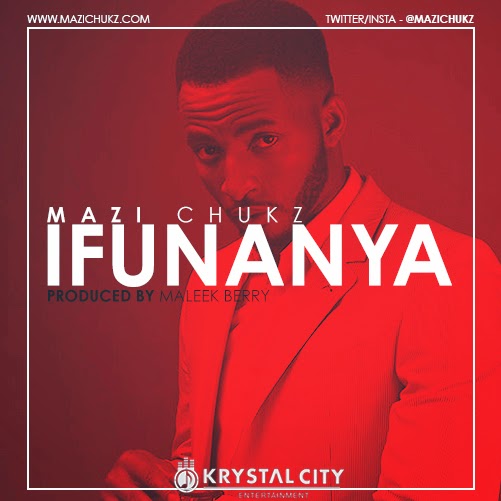 Mazi for the ladies teams up with super producer Maleek Berry for his new single ‘Ifunanya’, his first release under his new record label - Krystal City.

Mazi Chukz comes out of his comfort zone with this new single and gives us a different sound that we're not usually used to from him. The catchy and upbeat single is the follow-up to Mazi's ‘One In A Million’ released earlier this year and received support from the likes of BBC 1Xtra to name a few.

Recently he shared the stage with Tiwa Savage, Diamond and Davido at the 2014 Africa Unplugged which got a lot of people buzzing with interest and asking themselves "who is Mazi Chukz?" And of course had the ladies excited to see a new handsome face on the UK Afrobeats scene.

‘Ifunanya’ sees Mazi who just celebrated his birthday on Monday, sing in both Yoruba and Igbo with English, mixing the best of both worlds together for what is hoped to be his breakthrough single - which only time will tell, of course.

Check out Mazi's new single ‘Ifunanya’ below, was it something that you'd hope it would be? Let me know your thoughts.