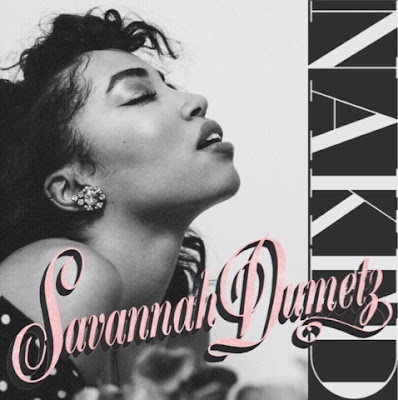 The next generation of British artists are emerging left and right this year. It's hard to miss these gifted acts as their debut materials are solid pieces of work. Added to the growing list is singer-songwriter Savannah Dumetz, from London.

Savannah's new cut ‘Naked’ embraces vulnerability. She sings about a topic of discussion that she's passionate about and expresses this through her lyrics and visuals. Her soulful vocals are matched against a raw production consisting of minimal instruments.

The video was directed by Émile and filmed in her home town, with the aim to encourage people to embrace and express themselves.

Savannah strives to highlight the power of vulnerability and the necessity of breaking stereotypes to practice self-love. “I just wanted to show in this video that I can't be defined by a single title and Naked comes from my heart, it's not about what I wear or what I look like, it's the way I choose to live my life.” She went onto say “it's the most beautiful and fulfilling feeling to feel free in your skin.”

‘Naked’ is Savannah's debut single and as mentioned before is a solid piece of work. Originally unveiled earlier this month, the song has already been played on BBC Introducing London and BBC 1Xtra, and has even gone onto help Savannah rack up over 10,000 followers on Soundcloud.

Savannah Dumetz is currently working on new material, and is gearing up to headline her first show in London on April 15th, at The Social. Details to follow soon...