Kendrick Lamar to Induct N.W.A Into Rock and Roll Hall of Fame 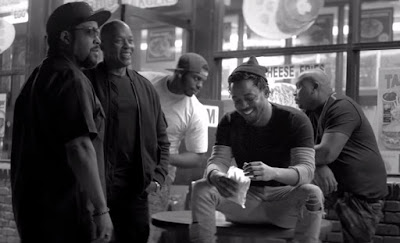 Isn't this some exciting news? N.W.A had a great 2015 with the release of their biopic ‘Straight Outta Compton’, we were even more lucky as we heard new music from Dr Dre with his album ‘Compton’.

The year ended on a high for N.W.A as towards the end of the year it was reported that the legendary hip hop group are Rock and Roll Hall of Fame 2016 inductees. And now details regarding their induction have surfaced.


It has been announced that West Coast rapper Kendrick Lamar, who also hails from Compton like the collective will be the one inducting N.W.A into the Hall on April 8th. 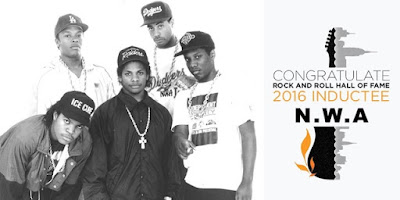 Kendrick is definitely the perfect candidate chosen to induct the legends into the Hall, August 2015 he interviewed them for a Billboard cover story, and growing up was a huge fan of the collective.

So it comes as no surprise that Kendrick was picked.

The induction will take place on April 8th and will air on April 30th on HBO. Congrats to both N.W.A and Kendrick Lamar for this iconic moment.