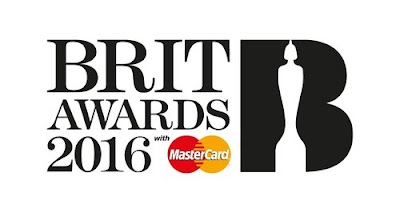 The 2016 BRIT Awards was truly an interesting one this year to say the least, held today at London's O2 Arena - Wednesday, 24th February, the BRIT Awards had already stirred up conversation before it even came on live TV. The award show received a lot of back lash from members of the public for lack of diversity and people expressed their point of views and opinions as they trended ‘#BRITSsoWhite’ on Twitter.

A tribute to British icon, David Bowie who we lost last month was led by Annie Lennox and close friend to Bowie - Gary Oldman shared his friend's final words, which were “music has been my doorway of perception and the house that I live in”, as he received Bowie's ‘Icon Award’ posthumously.

David Bowie's former band played a medley of hits and shortly after, singer Lorde joined them on stage to perform ‘Life on Mars?’ in his honour.

There was a long list of winners at tonight's award ceremony, including Adele who went home with the most awards of the night, such as ‘Best British Album’ for ‘25’. Adele publicly offered her support to Kesha (who is currently facing a nasty lawsuit with manager, Dr Luke) as she picked up one of her awards by saying: “I'd also like to take this moment to publicly support Kesha”. Definitely a noteworthy moment.

One Direction won‘Best British Video’ for ‘Drag Me Down’, while Justin Bieber bagged the ‘International Male Solo Artist’ award presented by past collaborators Major Lazer.

Years and Years whom a lot of people were rooting for lost out to Catfish and The Bottlemen in the ‘British Breakthrough Act’ category. Of course Coldplay went home with an award ‘British Group’.

Congrats to all the acts nominated and to all the acts that won. Hopefully next year there'll be more diversity at the show.
Posted by Mobolaji
Email ThisBlogThis!Share to TwitterShare to FacebookShare to Pinterest
Labels: Adele, Awards, Bjork, Catfish and The Bottlemen, Coldplay, Events, Jack Garratt, James Bay, Justin Bieber, London, One Direction, Tame Impala, The Brit Awards, UK, Winners