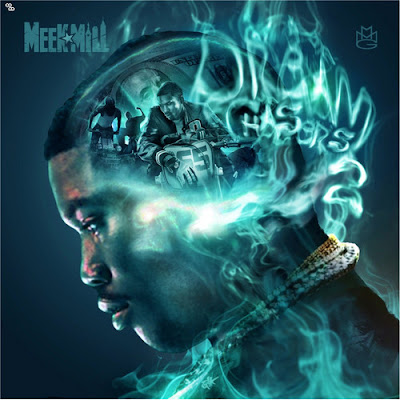 Cos that's exactly what Meek Mill's new mixtape 'Dreamchasers 2' done on
DatPiff, last night (UK time). Twitter went HAM!! I would have blogged about this yesterday, but you know I was too busy vybzing to this mixtape.

MMG artist Meek Mill released his long awaited mixtape 'DC2' last night (UK time, afternoon, US time) on datpiff.com. The site had held a countdown for the mixtape for about a week and a bit now. Then when it finally got to 0.00 the mixtape website shut down, Meek Mill's fan base fully crashed the site.

Leaving it 'temporarily unavailable' and 'mixtape not found' for about a good old hour or so. *sigh* Eventually it was up and running again *MC hammer dance* and was surely worth the wait.

Meek is definitely proving his worth in the rap / music industry and teamed up with a few great artists such as Fabolous, Mac Miller, French Montana and label mates Rick Ross and Wale just to name a few. They definitely made this mixtape what it is reaching over 1million downloads within 5 hours *in Meek Mill's voice* “Can u blog dat?”

For me DC1 is still the best, but Meek Mill has definitely grown and has showed potential since then. Enough of me talking *yabadabadoo*

Check it out for yourself and make your own decisions.