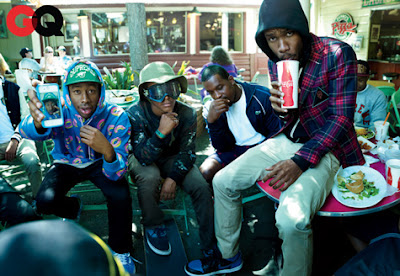 It's been a crazy year for Frank Ocean, this young dude has been in the studio with probably just about everybody, released his first album Channel Orange and also done something that shocked His fans and everybody else.

The ODD Future singer took his timeout to sit down with Amy Wallace of GQ magazine to tell His story so far, addresses the 'coming out' letter, meeting ODD Future and other things.

Read Frank Ocean's interview and Check out EXCLUSIVE pics of Him and His other fellow ODD Future Members below!

GQ: Def Jam reportedly signed you as a recording artist in 2009 but didn't open  up its checkbook at that point to help  you record. The next year, you met Tyler, the Creator, and the other members  of Odd Future. How important was that?


Frank Ocean: I was at a real dark time in my life when I met them. I was looking for just a reprieve. At 20 or 21, I had, I think, a couple hundred thousand dollars [from producing and songwriting], a nice car, a Beverly Hills apartment—and I was miserable. Because of the relationship in part and the heartbreak in part, and also just miserable because of like just carting that around. And here was this group of like-minded individuals whose irreverence made me revere. The do-it-yourself mentality of OF really rubbed off on me.
GQ: Is it true that you wrote the songs for Channel Orange in three weeks?


Frank Ocean: Yeah, then I worked on them for nine months—a typical gestation period.
GQ: Let's talk about your open letter on Tumblr. Posting that must've felt like the hardest way.


Frank Ocean: Yes, absolutely.
GQ: So why did you do it? Were some people raising questions about the male pronouns in a few of the songs?
Frank Ocean: I had Skyped into a listening session that Def Jam was hosting for Channel Orange, and one of the journalists, very harmlessly—quotation gestures in the air, "very harmlessly"—wrote a piece and mentioned that. I was just like, "Fuck it. Talk about it, don't talk about it—talk about this." No more mystery. Through with that.
GQ: So do you consider yourself bisexual?
Frank Ocean: You can move to the next question. I'll respectfully say that life is dynamic and comes along with dynamic experiences, and the same sentiment that I have towards genres of music, I have towards a lot of labels and boxes and shit. I'm in this business to be creative—I'll even diminish it and say to be a content provider. One of the pieces of content that I'm for fuck sure not giving is porn videos. I'm not a centerfold. I'm not trying to sell you sex. People should pay attention to that in the letter: I didn't need to label it for it to have impact. 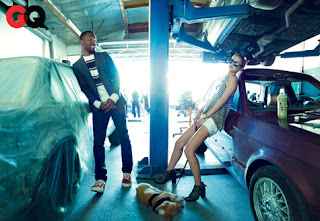 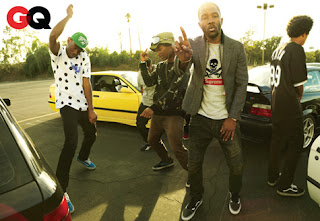 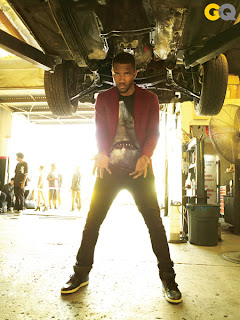 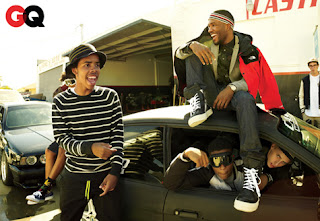