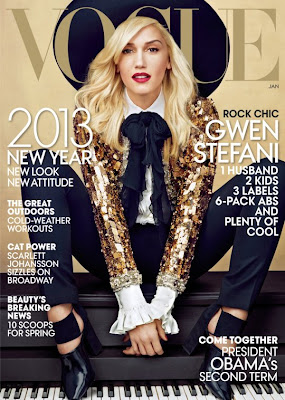 Stefani is looking so cool on this cover and in the magazine as she poses with her band - No Doubt who are doing extremely well on the charts since their debut album Push and Shove released the fall of this year. 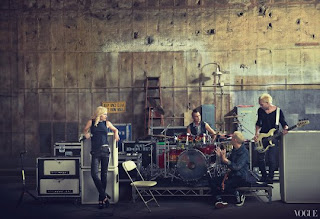 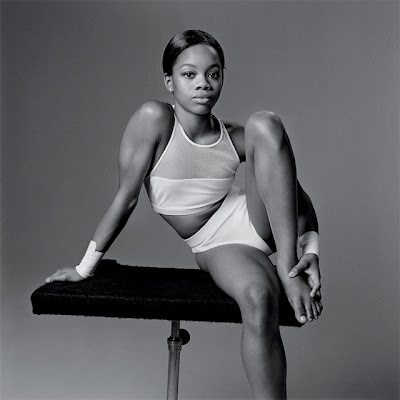 Talk of the town Gabby Douglas sits down with TIME magazine. The gymnast won gold at the London 2012 Olympics this past Summer and since then the 16 year old has been the talk of town. For many different reasons that is. Douglas, features in the magazine in this black and white photo (above). Joan Smalls is working the cover of Vogue Brasil's 'The Black Issue'. The supermodel strikes a fierce pose on the beach, wearing all black and a touch of gold, for the January 2013 issue. 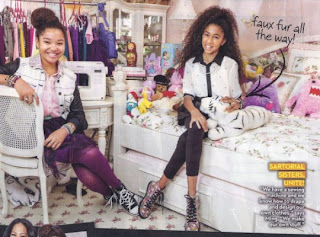